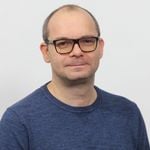 As a model builder, I would like to be able to add "parent" elements into the child hierarchies (Level 2, 3, etc.).
As for now, in a child hierarchy is allowed only to add leaves elements (elements without children) because as "parent" are allowed to be set only elements from the parent hierarchy.

As for now, the unbalance elements can be created only in the Top hierarchy (Level 1).

Imagine this scenario: You have a 4 level hierarchy built and the client asks you that some of the 4th level elements need to be grouped under a new parent.
In order to do this, in the Level 3 hierarchy, it is needed to be built the parent element that is needed but also another **** parent to group the other elements.
For the client is not acceptable to be seen in reports this "**** parent" for the other elements.

Of course, there are some workarounds to solve the hiding of the "**** parent", but it would be simpler just to accept that in level 4 hierarchy to create the parent element and setup under this element all the desired Level 4 children.
The parent hierarchy would be respected, because, in the end, at some point in the hierarchy path, the elements from the child hierarchy will have as a parent an element from the "parent hierarchy".
Of course, it is needed to be respected the constraints that, when you need to choose a parent from the "parent hierarchy" it is needed to be a "leaf" (element without children).

This will give much more flexibility to the already very good way of organizing the lists.
There will be some things to figure it out like what will be returned by the function PARENT when a line-item is formatted as "Parent hierarchy". An idea is to return the first ancestor from the Parent hierarchy.

Is there any technical constraint that needs to be respected in order to accept this kind of flexibility?