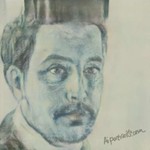 I have two modules A and B.

The module A has one line item formated as a list "Users". Let's call it myUser.

The module B's dimensionnality is Users (only). It has one boolean lineitem called myBool.

I would like to retreive the value from B.myBool to A.

I wanted to use the formula in module

Do you have any workaround ?