Name an action on set up 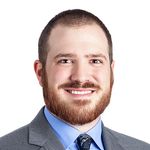 I would like the ability to, when setting up an action initially, give that action a name that would be used in the Actions section of the model settings library and indicate if it is recurring or single use. Then by running that action it would either be kept with the name given - recurring - or be cleared from the system. In addition it would be absolutely wonderful if you could set up action functional areas and assign that at creation - then you could group actions according to the function, e.g. hierarchy development.

That would significantly streamline model maintenance during setup since you could establish and maintain naming conventions for actions. Then - rather than having to go through and clean all actions and rename everything set up - you could remove unwanted actions and proactively manage your Actions settings.

I think this would lead to significantly cleaner models, streamline adopting best practices in development, and increase speed of development without having to stop to recover the name of the action. The process of maintaining the actions is always cumbersome during implementation and expansion and is one of the greatest maintenance challenges I have seen in both recovering models and enabling implementations.