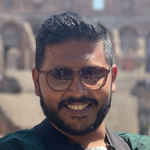 May 2022 in Community Knowledge Base

The Anaplan community has been facing more and more interesting optimization problem statements every day while they solve complex business problems. Business challenges often involve finding optimal assignments such as sales reps to customers, demand to production capacity, or workers to shifts – all while obeying constraints.

However, sometimes the heroes face unprecedented non-linear problem statements which pose challenges to the linear optimization engine of Anaplan. Optimizer is Anaplan's implementation of a linear programming solver. Linear programming is a mathematical approach to finding ideal solutions to complex problems. It requires that we state our objective and constraints as linear expressions like a*X + b*Y - c*Z >= d. This requirement can force us to get creative to re-state the problem in a form that works. In this series, we will try to uncover some of the commonly faced non-linear optimization and the possible solutions to the same.

If you are new to optimization/ linear programming,  I suggest reading this Optimizer Toolbox Article by Samuel Wong first.

You have been approached by one of the new players in the beverage industry. They want to leverage Anaplan for production planning. They have 3 products: Orangy, Appy, and Grapy. They have 2 manufacturing lines, Line A and Line B, where the products are produced and packed. Line A can produce Orangy and Appy while Line B can produce Appy and Grapy. Throughput (quantity per hour) is provided in the table below:

Because of the nature of the product, the manufacturer does not want to produce more than the demand. On a certain week, the demand for the product was as follows: Orangy 150 bottles; Appy 190 bottles; and, Grapy 110 bottles.

Their machines have a particular setting for each of the products; for each line and product combination, a minimum quantity needs to get produced. If the demand is less than this minimum quantity, then they are ready to forego those sales.

Each line has 2 hours of capacity available for the week.

There are some additional complexities:

They want to maximize production given the operational constraints.

The first step to solving an optimization problem is to identify the necessary components of the solution. Each of the business problem statements needs to be converted into equivalent mathematical formulations. This is the most important step of all. In this phase, you will also be able to identify the possible non-linearities hidden in the innocuous business problems.

Let’s identify the components which are non-linear in nature:

The setup for inputs for the optimization can be done as depicted in the picture below:

Once, the setup is done, we will create 3 modules to house the variables, constraints, and objectives of the optimization problem. An optimization problem should be attempted in steps. The first step here is to set up product and line production quantity and hours based on the throughput.
Below is the construct for the same:

The next step is to identify whether a product is getting produced on a line or not. This will be a dependent variable based on either VAR01 or VAR02. We will create a binary variable (x) to assign a value of 1 if production>0 and a value of 0 if production=0. In order to do this, we need to create an input of large number (also known as BigM). Assign a very large value to this. Below is the construct to assign the binary constraint.

Next, we need to identify whether Line B is producing both Appy and Grapy, and then match the production indicator with this new variable. We already have a binary variable (VAR04) denoting whether Appy and Grapy are getting produced on line B or not. In this step, we need to multiply two instances of the same variable (Appy-Line B and Grapy-Line

to get one indicator. In order to do this, we will use two line items in a system module to capture the two products (which will be used for lookup). In essence, this is the multiplication of two binary variables. If x and y are binary variables and z is the product of x and y, then we can linearize the same using the following equations (validate the equations by substituting the values of x,y,z):

Variables and constraints in Anaplan will be:

For CONS10, we have used a system module to determine whether the constraint is to be applied to a line or not. This can be controlled by end-users. Once the setup is done, the objective function can either be maximizing VAR01 or minimizing VAR03. The modules used and a possible dashboard is attached. Change the input numbers or constraints, and see how it affects the results.

Did you learn something new and exciting? Do you have some problem statements that you have encountered in past? Would love to hear from you, let us know in the comments below.