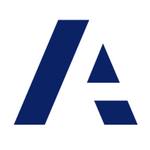 Hello, Has anyone seen this behavior on a chart? It doesn't always happen so I suspect that it depends on some edge cases in the values being displayed. In cases where it does happen it is repeatable however. (Reload the dashboard and its back to normal and then repliciate the process shown here.) Selecting a different intersection with different data values may or may not have the same behavior. Cheers, Justin Biard-