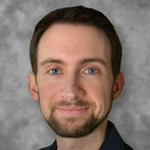 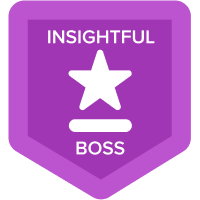 You’re in your seat, popcorn in hand. The lights go down and soon you’re following the adventures of the larger-than-life characters on the screen. You’re invested. You’re excited. And then…

…one of them makes a decision that is so foolish and utterly unbelievable that it undermines your enjoyment of the movie. “Why would they do THAT?” you ask yourself incredulously. “How could they overlook that part of their strategy? What made them deviate so far from what they’d planned?”

Just as the quality of our plans in our daily lives can mean success or failure for a project, the strategic planning depicted in a story can leave us cheering or booing—or worse, entirely apathetic. As planners, we are perhaps more finely attuned than most moviegoers to the realities and consequences of a plan. Watching characters make unrealistic decisions can inhibit our ability to lose ourselves fully in a story. Likewise, the fantastic execution of a plan in a film can be one of the most fulfilling moviegoing experiences an audience can enjoy.

As we continue to explore strategic planning this month, we want to help you avoid the crushing disappointment of watching a poorly-executed movie plan. So…we polled Anaplan employees around the world and compiled a list of movies that showcase good examples of strategic planning.

“As a supply chain professional, I’m amazed at the logistical challenge that was solved to ensure all the right people were in the right place at the right time to change the tide of the war. It’s not just about moving people; there was so much more than that—all the equipment, food, and water to sustain a force that far from home. And this was in a time with actual paper spreadsheets for planning!” – Obaid Ghani, Director, Global Presales Operations

“When I think of planning in movies, Ocean’s Eleven shows a unique perspective of their heists with narration as it happens. One of my favorite scenes from the entire series is from Oceans 12, the A La Menthe laser dance, where François Toulour (Vincent Cassel) talks about his plan for avoiding roaming laser beams in a museum to prove that he is the best thief in the world.” – Jake Matthews, Customer Care Product Support Manager

“Ocean’s 8 is about planning a successful heist of a necklace that's worth more than $150 million. A great team of specialists was required, each contributing strategic ideas to pull off the biggest heist of their lives!” – Avani Wadiwala, Product Support Analyst

“No matter what, being a lawyer requires thoughtful planning. From investigating the details of the case, locating and interviewing witnesses, to the surprise confession on the stand - planning is paramount.” – Emily Dunn, Community Product Manager

“Inception inverts the usual heist film (taking something) by instead planting an idea (depositing something) into someone’s mind through a dream for the purposes of a larger plan. In order to execute, the characters build and enter imaginary realities that exist in their target’s dreams. In order to ensure success, they must coordinate their strategies to ensure that actions taken across multiple deeper dream levels occur simultaneously.” – Gwen Pryor, Product Operations Analyst

“When Inigo Montoya was 11, Count Rugen killed his father and left Inigo with scars on both cheeks. Inigo became a great swordsman to avenge his father's loss. Despite a few false starts, eventually Inigo, Fezzik, and Westley execute a brilliant plan to storm the castle, whereupon Inigo exacts his revenge on Count Rugen.” – Brad Malis, Solution Architect

“I think of Home Alone when it comes to strategic planning because a big part of strategic planning is "What If" or "Scenario" planning. Kevin had taken the time to plan for every angle of defense. If only his parents had planned on counting the children before take-off!” – Chris Mullen, Contractor, Anaplan Academy

”She strategized a plan to represent her ailing father and took his place in the army. There, she had to plan how to hide her identity and eventually save her homeland from the invading Huns.” – Xiangxin Tan, Level 3 Support Analyst

And a bonus pick, to represent the films that go out of their way specifically to show plans falling apart:

“**** is an example of a comedy of errors from the LACK of planning. How simple ****-ups exacerbate when people go rogue or are not all on the same page.” – Craig Williams, Creative Director

Agree or disagree? We know you have other movies to add, so be sure to leave a comment below with your picks!