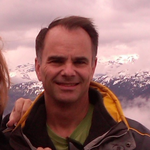 January 2021 in Community Knowledge Base

One of the foundational elements of any Anaplan model is hierarchical lists. When creating hierarchies there are two basic choices: balanced or unbalanced. In this article, we'll look at the differences between balanced and unbalanced hierarchies, areas where they behave differently in Anaplan, and some questions to consider when trying to choose which one to use in a particular situation. 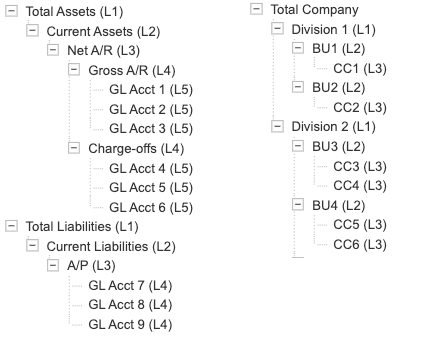 Unbalanced hierarchies are generally set up as a single list in Anaplan. This configuration is referred to as a parent-child hierarchy. The relationship of a list member to its parent is configured through the Parent attribute in the list where the parent is another member of the same list.

Balanced hierarchies are set up using two or more separate lists with their relationships defined using the Parent Hierarchy attribute in the General Lists settings. This configuration is referred to as a composite hierarchy. The relationship of a list member to its parent is configured through the Parent attribute in the list where the parent is a member in its parent list. 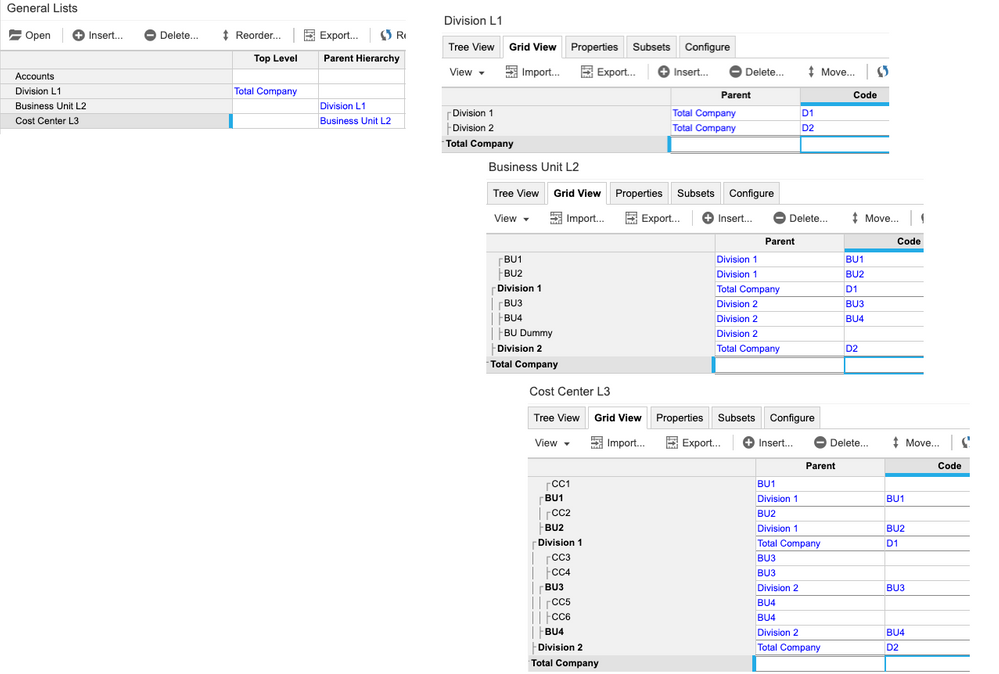 Anaplan holds data at the leaf level of a list only. Parent levels are calculated when the data is requested by a grid rendering or when an export action is run. A parent-child list only has a single leaf level, whereas, in a composite list hierarchy each of the individual lists has its own leaf-level even though the upper-level lists leaf-level may be calculated values. Because of this distinction, there are differences in how these hierarchy constructs behave in Anaplan.

The Anaplan Lookup() and Select() functions both are used to return values from a specific member from another member in the model but in different ways. Lookup() takes a time period or list formatted line item as its mapping parameter, while Select() takes a time period or an individual member of a list as the location of the source data. The other major difference is Lookup() can only take stored values from leaf levels while Select() can access any level of a hierarchy. Because of this difference Select() will work with either type of hierarchy but Lookup() will only work with a composite hierarchy.

Because Select() is a hard-coded reference to a list member, its use is not considered a best practice. If Select() is used to any list member other than a virtual top-member the list cannot be set as production data. Refer to the Planual section 2.02-14 for more details on the proper usage of the Select() function.

In a parent-child list, there are only two levels: summary (all parent levels) and detail (all leaf members) so you cannot selectively enable/disable a specific parent level. However, this can be achieved using filtering. In a composite hierarchy, members exist in distinct levels (lists) they can be individually displayed or suppressed.

In the example, the ‘Elimination CC’ is used across all BU’s in the Division, so it does not have a real BU but in order to allow data entry in this CC in a module along with other CC’s, it would need to have a **** BU created to ‘push’ it down to the same level as other CC’s.

The Elimination CC could exist at the BU level and still have data input by using the Business Unit L2 list in a module if it did not need to be in the same input module as the other cost centers.

No one choice is correct in all situations. Different models and different lists need to be evaluated individually based on the use case to decide which structure is correct to use. As a general rule, a chart of accounts should be kept as an unbalanced hierarchy and any other hierarchy should be balanced, but some factors to consider are:

Selecting the correct hierarchy type for a given use case is important to build efficient models and a good user experience. In general, charts of accounts should be held as unbalanced hierarchies and other types of hierarchies should be balanced but a careful evaluation of the use case and impact to design is important.