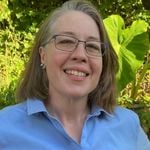 February 2021 in Integrations and extensibility

I have just submitted this to Anaplan support, but wanted to run it by the Hive Mind.  Any insight into what's going on here would be appreciated.  I will update this thread with any answer I receive from Anaplan support!

We had a very puzzling issue last week that prevented loading of data.  We resolved the issue, but the required change to our model makes it significantly less user friendly.  After internal investigation, it turned out that the issue was a user filter module with a single Boolean line item (shown below).  We deleted the filter and the data could load.

This user filter acted on a list used as a dimension on a data module.

When troubleshooting the issue, we received the following message that eventually led us to the user filter noted above.  The only reference I could find to a cell limit of this general value in Anaplan is the 2^31 (2,147,483,648) threshold that was previously a maximum value for exporting cells in the Excel Add-in 3.1.  Since the failed process is completely unrelated to an Excel process, this really threw us for a loop.  We were previously not aware of this limit.

This seems like a bug.  Any advice us on a different method to have a user filter (with lots of users) on a list (with lots of records) that does not prevent data from loading?  I look forward to hearing from you…