Ability to designate modules by their specific role in DISCO 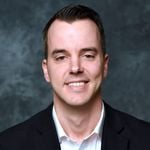 DISCO is helpful for model builders to use as they build from scratch, or even getting up to speed in an existing project. I think Anaplan should have a way to designate which part of the DISCO framework each module is being used for. (similar to "Functional Area")

While there is the "Functional Area" column that could be used to do this, but those are typically used for the business purpose of the module ("Revenue", "Costs", "Employees" etc.). What I'm suggesting would be a dedicated column in the Modules tab, next to "Functional Area" to be used to designate a module as "Data", "Inputs", "System", "Calculations", or "Output".

I can also see the model map feature benefiting from this as perhaps a user could alternate the model map view between functional area coloration and "DISCO" coloration. This could help someone see if, for instance, a System module perhaps was being used for more than its intended purpose.

Ultimately I think this would further encourage model builders to build using the DISCO framework, would help people get up to speed even faster when taking on an existing model, and be more easily auditable down the road as well. (PLANS)