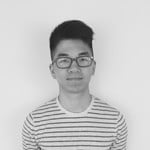 September 2020 in Security and tenant administration

I currently have a hierarchy with 4 levels (non-numbered lists). In our official hierarchy, levels 3 & 4 can have the same name, so we append a L4 to those particular items in Anaplan.

Recently, I updated the process to pull the metadata from a different module in the data hub - but did not incorporate the L4 to the non-unique members. When I ran the import, into the spoke model, it updated the 4th level with the same name as the 3rd level. So now, L3 = L4 in name, L3 =/= L4 in code.

I think this is due to updating vs. creating members in a list. I tried importing new members with the same name and different codes, and those members failed. Can anyone confirm this is the case? My end user had some files built off the L4 name and was confused how we were able to remove the L4 designation without making a numbered list.