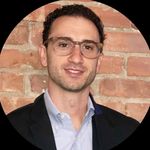 It would be helpful to allow role security (ex: Role -> Version security) to be decoupled from ALM as an option - similar to Production Lists.  We have a client that frequently changes security in Production and this becomes problematic when we need to manage both security changes and actual model changes with the ALM process.  It's not possible to only push up security changes through ALM.

There are certainly some work arounds, but it would be ideal to allow for security to get a similar "Production List" type feature.